I arrived back home from Summer Breeze Open Air last Satuday night. It was the most awesome festival I had attended so far. Next year I'll be there again, that's for sure.

The searing hot weather adds a lot to my current lack of motivation, but today I assembled two further Iron Warriors: 1 w/ missile launcher and 1 w/ flamer (the flamer can be swapped with a bolter or the like).

I need them for my 1,500 pts. list I'll play on a tournament in early October. 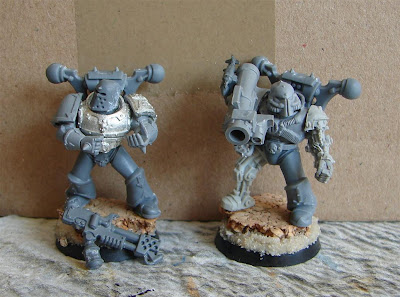