An update, an update!

Finally... finally a new update! It has been quite a while since I've showed you some new stuff. But yesterday I had a really nice painting session with Klatschi, a friend of mine from Passau.

I painted 3 Warriors I'll be needing for a tournament this weekend in Austria (click) and he had some good progress with his Genestealer horde.

Here's a photo of my creation of yesterday: 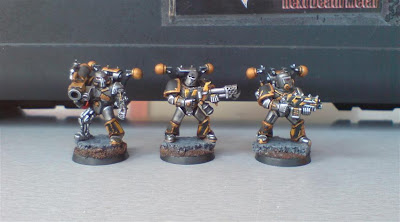 They'll need some revision once I'm back in Regensburg, but they're fine enough to be played on the tournament.

Furthermore, the fervour for Fantasy returned and I think I'll be doing some more Warriors of Chaos again later this year. I already bought a nice new cadre. 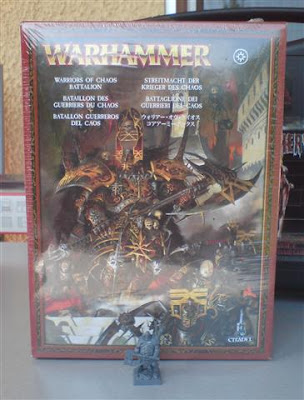