I have been painting yesterday - or rather today - until 4am to finish 4 new Iron Warriors, 7 special weapons and 2 arms for a Champion, but here I am, with everything finished.

Because my next tournament list will include a hell of a lot special weapons (woohoo, 2 squads of Chosen CSM!), I had a look into my glass cabinet and was astonished I only had 2 Flamers, 2 Plasma guns and 2 Melta guns... So I raided my bitz box and found enough special weapons and parts to assemble another 4 Iron Warriors. But I did not glue the special weapons to the arms - instead, I drilled holes in the undersides of the weapons and the right fists of the CSM (quite a fiddling!). Some super glue and carefully pressing the magnets into the holes (mind the magnetic poles!), I had 7 CSM with fully magnetized weapons. 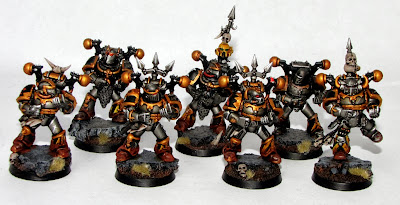 They can all be swapped: 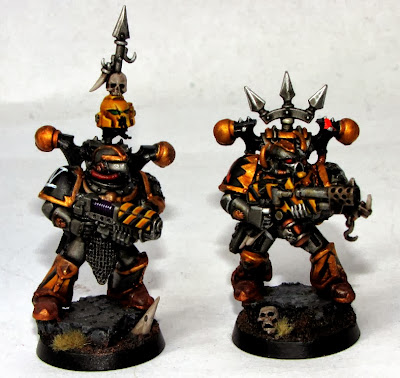 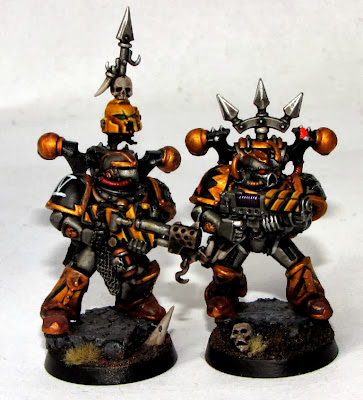 I did the same with the arms of my second Champion, so I can give him various equipment: 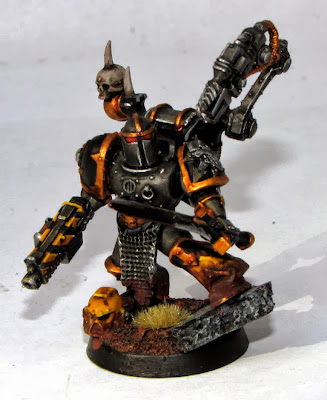 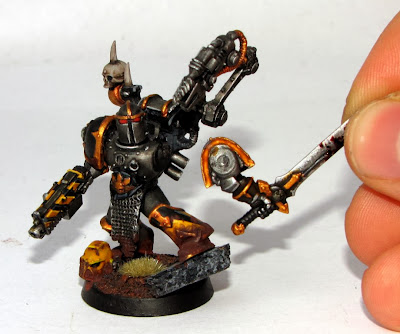 I hope this was a little bit of inspiration and help for you. Because why should you paint more models than you need when you can simply give a certain amount of painted models the wargear you want to field? :)
Eingestellt von Stempe um Friday, October 18, 2013 4 comments:

Today I present you my updated version of my Grand Company's Warsmith Fabrilis in his count-as version of Abaddon the Despoiler. His sword wielding arm is magnetized, so I still have the option to give him other weapons, such as a power fist, chain fist or another lightning claw and thus field him as a regular Chaos Lord in Terminator armour.

Warsmith Fabrilis's personal siege against the Imperium of Mankind has lasted for ten thousand years now and there's no end in sight as his lust for murder and terror can't be satisfied.

As he and his personal guard of Chaos Terminators pace across the surface of a besieged Imperial planet, crushing debris and shattered corpses of fallen enemies alike, the defenders see the personified death walking towards them. No Imperial fortress could withstand the Warsmith's iron grasp so far and the planets he elects to be besieged are doomed to be torn asunder by the Iron Warriors. Fabrilis rejoices in close combat slaughter as much as he does in precise bombarding and fire fights. Some members of his Chaos Terminator retinue are Veterans of the Long War themselves and have been butchering the False Emperor's servants for thousands of years.

The Warsmith wields two mighty chaos artefacts: the Talon of Perturabo, an archaic lightning claw given to him by his Primarch, and Zzrag'ryl,a daemon blade imbrued in an untold amount of Imperial guts.

It's only a matter of time when the Warsmith's gaze falls upon Terra itself. The time will come when Abaddon musters for the next Black Crusade and Fabrilis will answer the call. 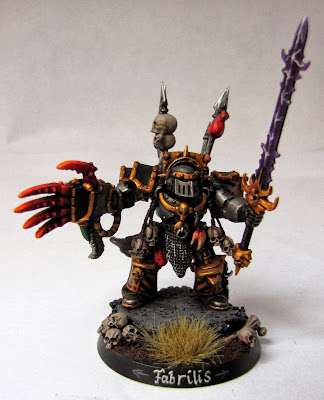 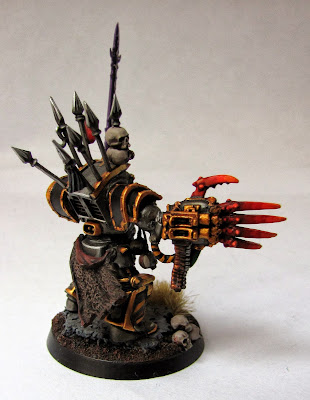 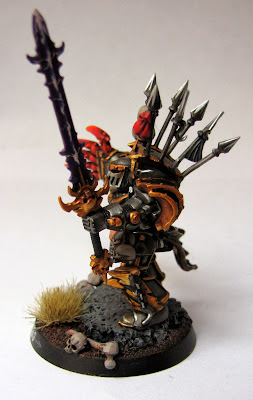 The next 10 Ork Boyz

Today I present you the next 10 Ork Boyz for my customer. I'm still having a minor struggle with the settings of my new camera, but I think the pics will become better and better. ;)

Next up will be 12 Killakoptaz, so stay tuned!
Eingestellt von Stempe um Thursday, October 10, 2013 1 comment:

The next two Trukks for the customer were finished yesterday evening. As I have a new digital camera, the photos might be a little bit blurry because I have to find the perfect setting yet to achieve best possible pics. 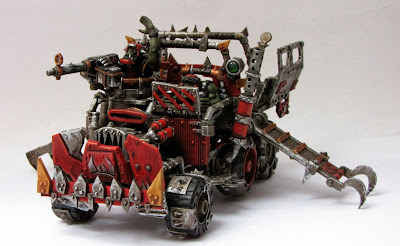 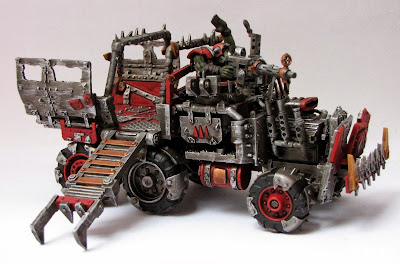 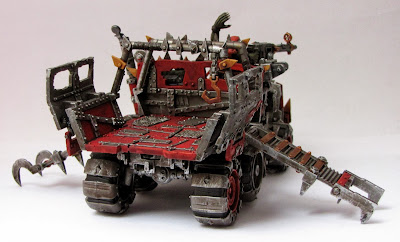 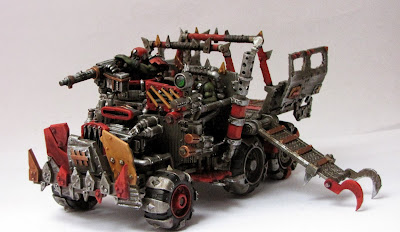 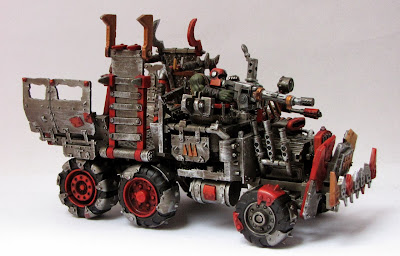 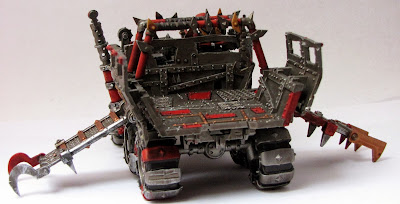 The next miniature for the commission army is finished: 1 of 5 Trukks

The next 2 will get finished on Sunday I guess. 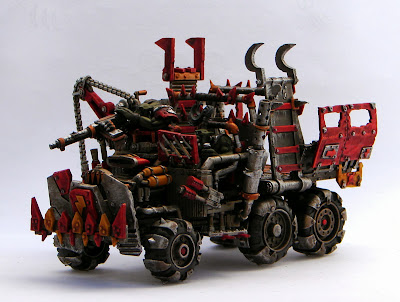 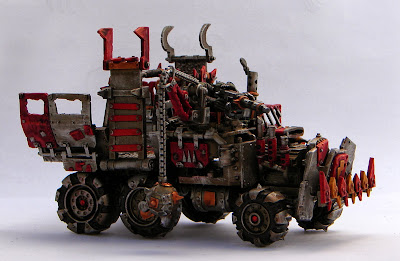 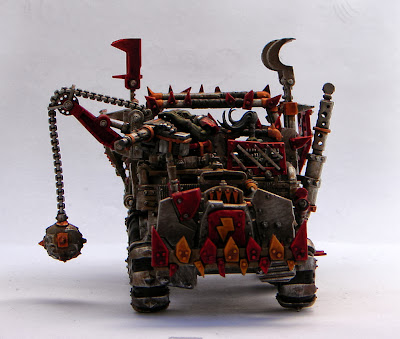 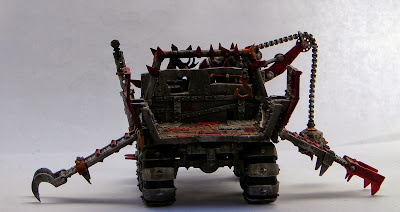 More Chaotic terrain and some hills

I'm slowly beginning to paint all the terrain I built this year and thus I finished the 5 hills and my giant Chaos Star pierce yesterday: 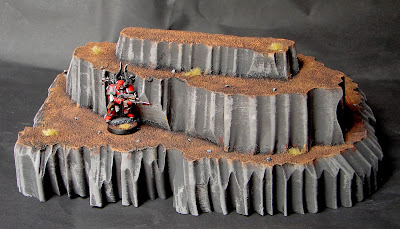 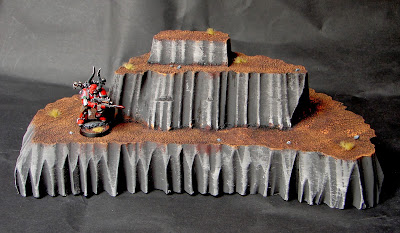 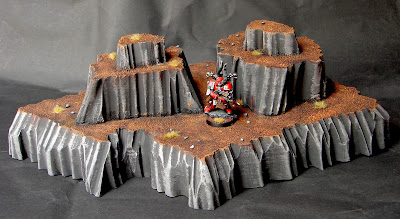 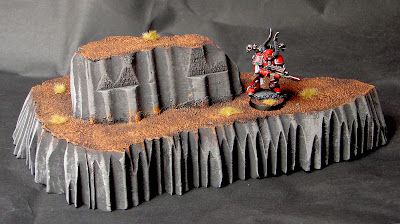 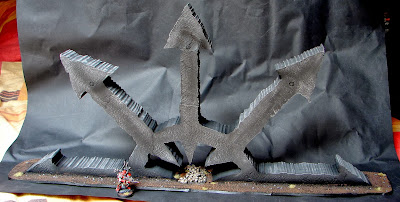 My flat mate and I had a match today and the new terrain pieces were used: 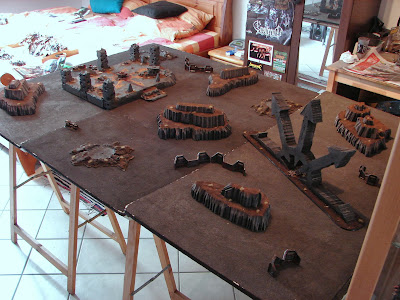