It's been a long, long time since I last posted something here. Permanent weariness and a huge lack of motivation were responsibly for that fact. Furthermore, I moved from my old, small flat into a new, really big flat I share with two of my pals. They're just as nerdy as I am and one of them even plays 40k.

But with the release of the new Codex Chaos Space Marines and the 6th Edition I'm back in business and keen on throwing Fabrilis's army into the fiercest and most bloody battles so that they will do Perturabo credit.

Some new devices of oppression are already at the 4th Grand Company command: 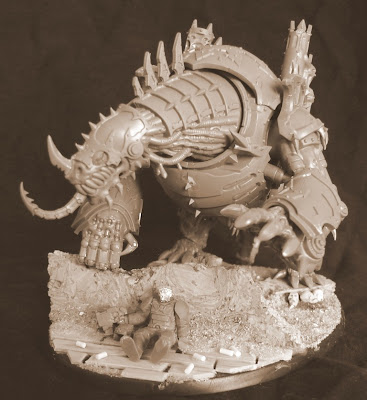 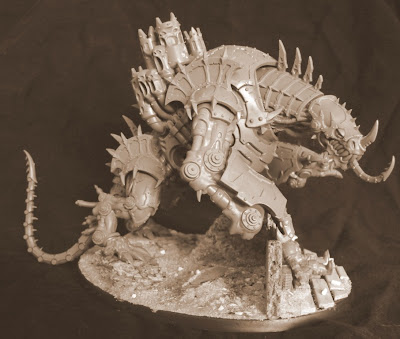 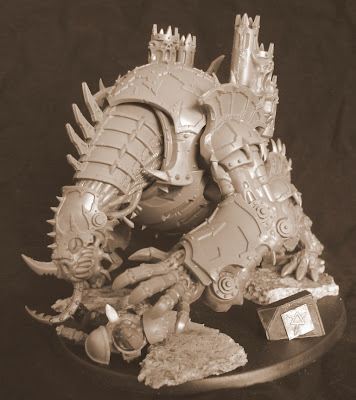 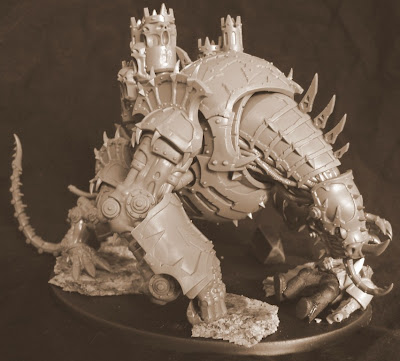 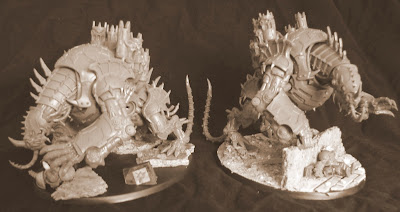 (Size comparison with a Terminator and an Iron Warrior) 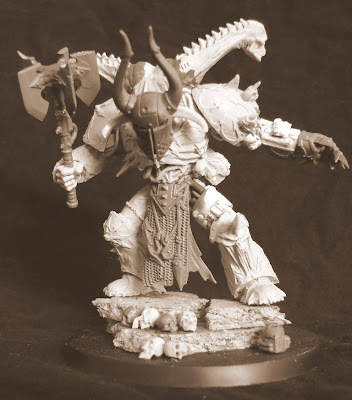 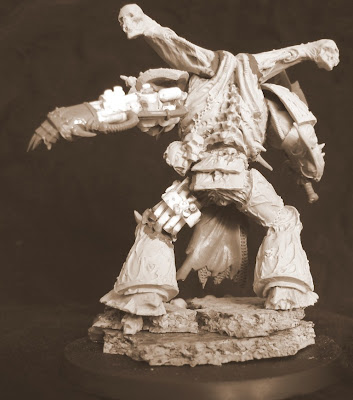 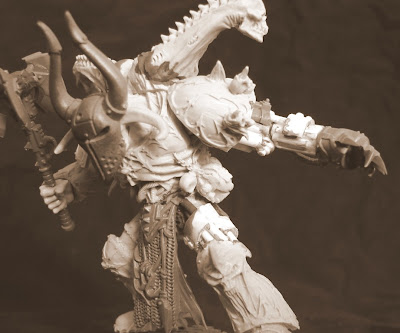 A Heldrake is on its way to Olympia, too. Looking forward to reading your comments again!