New CC arm for the Dreadnought

Here's the next mini-update for you guys: a new arm for the Dreadnought 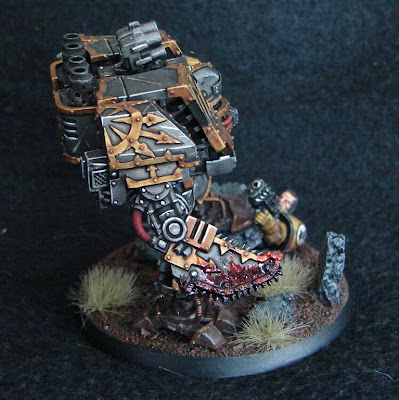 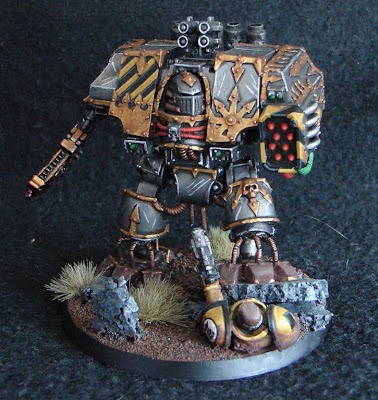 I hoped I could purchase a right CC arm of the Furioso Dreadnought kit and I'd have converted it in order to fit to the other CC arm I previously built. But they are mostly sold for more than 10 EUR on ebay. I won't pay through the nose when I can buy an appropriate one at FW's for less.

I'll play the Dreadnought with the weapons shown above on the 850 pts. tournament I'm going to organize on December 4th: 4. Battlepatrol Ratisbona


I already had two test games with my army list against a mate who's going to play my Defenders of Vraks - and I won both, 1x 6:0 and 1x 4:2. I'm quite content.